A commission pays off for all parties involved 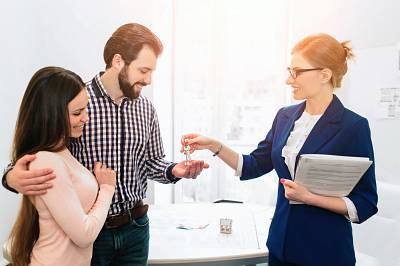 Agents are being tasked to find potential buyers. Their motivation is based on a commission-based model, which means they’ll want to close a deal at the best possible price in the agreed-upon timeframe. There are certain things to consider.

Professional, proficient and customer oriented - those are the characteristics of any reputable real estate agent. If he closes a deal, he is due for a commission, amount and due date of which depend on several factors: In case a property is sold, either selling or acquiring party is liable to pay said commission. It is the agent’s job to connect potential buyers and sellers and he is commissioned and paid to close the deal. In case the agent is in charge of closing the deal, he may keep the commission.

The legal basis for a contract of brokerage is covered by the Swiss Code of Obligations. The seller of a property is the agent’s commissioner. A contract between agent and commissioner can either be completed in writing or orally. The generally accepted option for all practical purposes is a signed brokerage contract that stipulates both commission amount and due date. The commission amount is not generally regulated and varies depending on canton and type of property to be sold. According to the Swiss Code of Obligations it is up to the involved parties to agree upon the commission amount as well as the model of computation. Often, agent and conveyancer include the agent’s commission in the selling contract. Generally there should be a differentiation between scope of service and quality of service.

Advantages of a seller’s commission

The remuneration for professional agents is based on the agent’s wage and the actual selling price of the property. In general, the commission is between three and five percent. As opposed to agents being remunerated on a fixed-price basis, commissions on a percentage basis offer the advantage o pushing the agent’s motivation to achieve the best possible selling price.

In recent years, competitors have become ever more inventive in other areas too: For instance they offer sellers a commission-free model where the commission will be covered by the acquiring party, which initially may sound very promising.

Disadvantages of a purchaser’s commission

A purchaser’s commission is not without its disadvantages; however, at a first glance those are not really obvious. Often, a purchaser’s capital is reaching its limits due to the purchase of a property. Add to this the agent’s commission that neither a bank nor an insurance company will be willing to co-finance so that more capital is required. In case the capital has already been exhausted, the purchasing price will have to be reduced, which will lead to the seller not receiving the best possible price. And last but not least: What are the interests of an agent who receives his commission from the acquiring party while he has been commissioned by the selling party? Is he really giving it all in order to get the best possible deal for the selling party while offering all the appropriate services?

*Due to reasons of better readability, we have chosen to only use the masculine form while addressing both sexes equally.