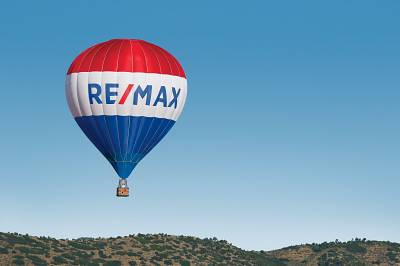 In early 2021, RE/MAX Switzerland proudly announced that the global franchisor for real estate brokers once again made the Franchise 500® list compiled by “Entrepreneur Magazine”, rating its franchise concept as one of the TOP 500 franchising systems worldwide. The list is amongst the oldest and most comprehensive franchise rankings in the world. Recently, RE/MAX has been awarded another title: In its March issue, the US-based “Entrepreneur Magazine” has announced that RE/MAX is amongst the “fastest growing franchising systems” – and has been for the past eight years! With this, RE/MAX has made the successful franchisors’ list for the 20th time.

As Peter Luft, Vice President of Franchise Sales in Denver, Colorado, puts it: “RE/MAX opens doors for people who are looking for professional freedom, rewarding challenges and an exciting job, all of which are guaranteed when building your own real estate business. Owners of RE/MAX real estate agencies are working independently yet not alone. The continuous demand that we see year after year serves to prove our brand’s stability and strength.” He adds: “As a franchising system with a growing presence in more than 110 countries and territories worldwide, our ranking in this list is another proof of our concept’s success.”

The franchises listed in the “Fastest-growing Franchises” ranking are rated based on the net total new units (franchises and company-owned) added worldwide from July 2019 to July 2020. While in recent years only units based in the US and Canada were considered, the 2021 ranking for the first time regards the system-wide growth in order to acknowledge the increasing global character of franchises.

The story behind the RE/MAX concept

The worldwide RE/MAX network was cofounded by Dave und Gail Liniger in Denver, Colorado, in 1973. The founders aimed at providing brokers and franchisees with an innovative business culture that allowed them to independently lead their respective agencies. Measured against global property transactions, no other business sells more real estate than RE/MAX. In Switzerland too, RE/MAX is the leading real estate agency and offers the biggest choice of properties, which currently stands at around 3,000. In Switzerland, RE/MAX has successfully brokered more than 30,000 properties. RE/MAX brokers and agents are firmly established in their respective regions, they are customer-oriented and well connected, which allows them to offer the highest level of service quality when brokering property.