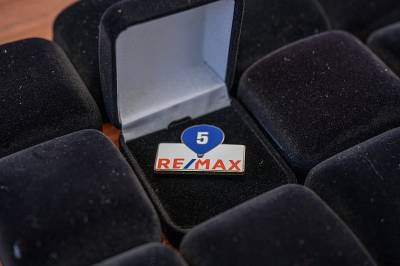 In keeping with tradition, RE/MAX Switzerland invited its jubilarians to join a cruise on Lake Lucerne. With 28 cheerful celebrants aboard, the boat set sail on August 26, 2021, heading for Obermatt, a restaurant in Ennetbürgen. Being part of a global network that offers support and help to its self-employed members is one of the major advantages of the RE/MAX concept. 5 to 20 years of collaboration within the RE/MAX network pays off; it has a positive effect, which became more than obvious when watching the people reveling on board.

A festive atmosphere during the RE/MAX anniversary on board

CEO Rainer Jöhl, photographer Roberto Conciatori and the RE/MAX event team welcomed the jubilarians outside the KKL in Luzern. It was a convivial atmosphere that set the tone for a sunny and bright day aboard the chartered boat that was awaiting its guests at the nearby dock.

After setting sail and before an aperitif was served, Rainer Jöhl held a short speech and thanked the 28 (out of 43) present jubilarians for their loyalty and their tireless commitment and effort in the name of RE/MAX. Once everyone had chinked their glasses, he presented each RE/MAX colleague with a certificate and a pin as a token of appreciation.

An easygoing day with RE/MAX on Lake Lucerne

The boat’s destination was Gasthof Obermatt in Ennetbürgen. The restaurant is situated at the foot of the Bürgenstock and can only be reached by foot or boat. During the cruise, the celebrants - all of whom know each other from previous events, training courses or collaborative RE/MAX projects - were able to revel in memories and enjoy the views over Rigi, Bürgenstock, the Meggenhorn castle and Pilatus. The weather was at its best, with sunshine and pleasant temperatures contributing to the pleasant atmosphere aboard.

The boat reached its destination in time for lunch and all guests were treated to a delicious meal at Gasthof Obermatt. The boat sailed back to Lucerne in the afternoon and everyone went their own way. In order to make sure that everyone will remember this special day, photographer Roberto took an abundance of photos.